Your partners in specialised engineering
admin@freyssinet.co.nz
+64 9 950 7744

The RFT1 Linkspan Bridge is supported by counterweights, situation in 2 towers located on either side of the bridge, and held by cables which were connected to the bridge through a pulley system. In each tower, the counterweights consisted of 1 lower weight of 25 tonnes approx. 3m from the concrete slab and 1 upper weight of 12.5 tonnes approx. 1.5m above the lower weight.

The major challenge was to work within the restricted space of the existing towers without relying on the existing structure for support.

- An independent structure was erected of four propping towers, with a headerbeam placed on top of either side of the counterweight and braced to the existing steel structure for stability

- Two transverse beams were lifted under the weights and tied to the header beam using 26.5mm diameter 1030MPa Freyssibars, the 25t load was then transferred onto the transverse beams to release the load in the existing cables and enable their cutting

- The counterweight was then lowered with the Freyssibars using hollow jacks, the controlled descent enabled us to gently land the weights onto the slabs

- The process was repeated in the second tower 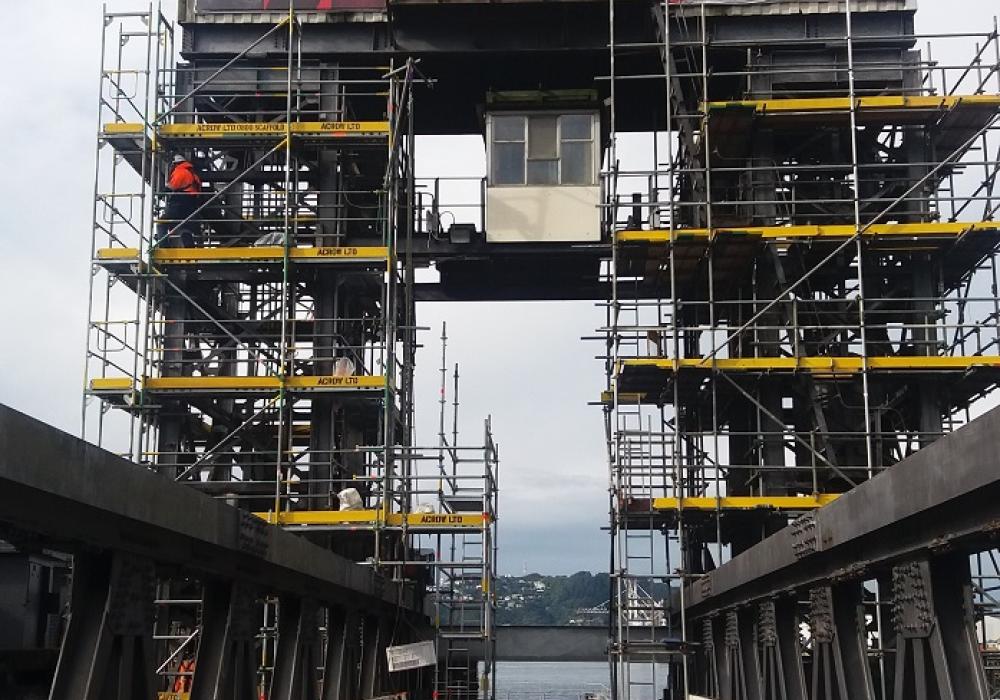 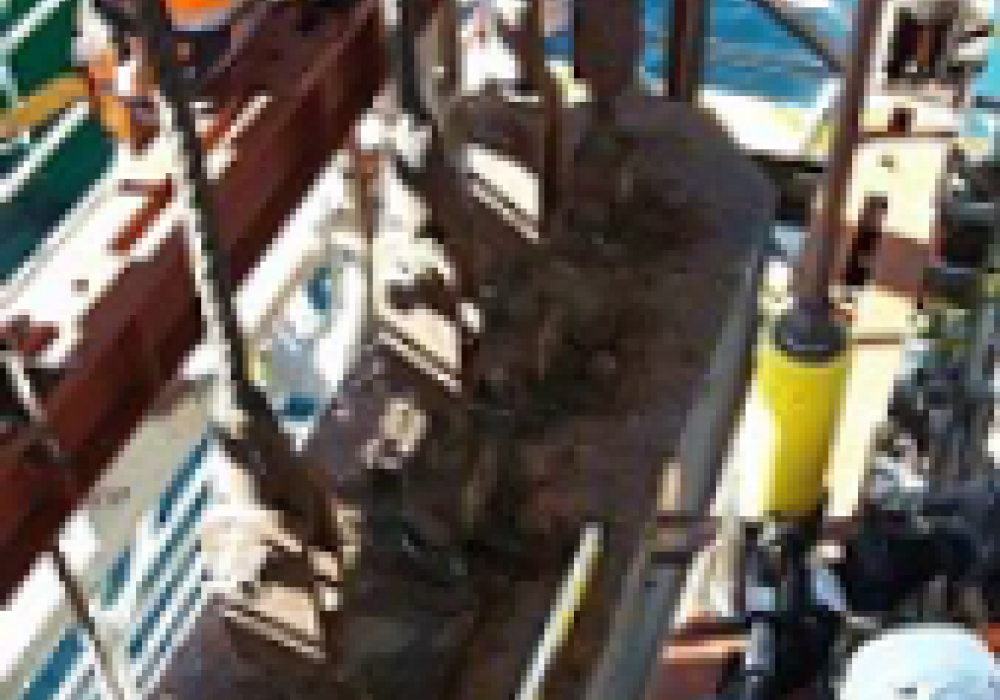 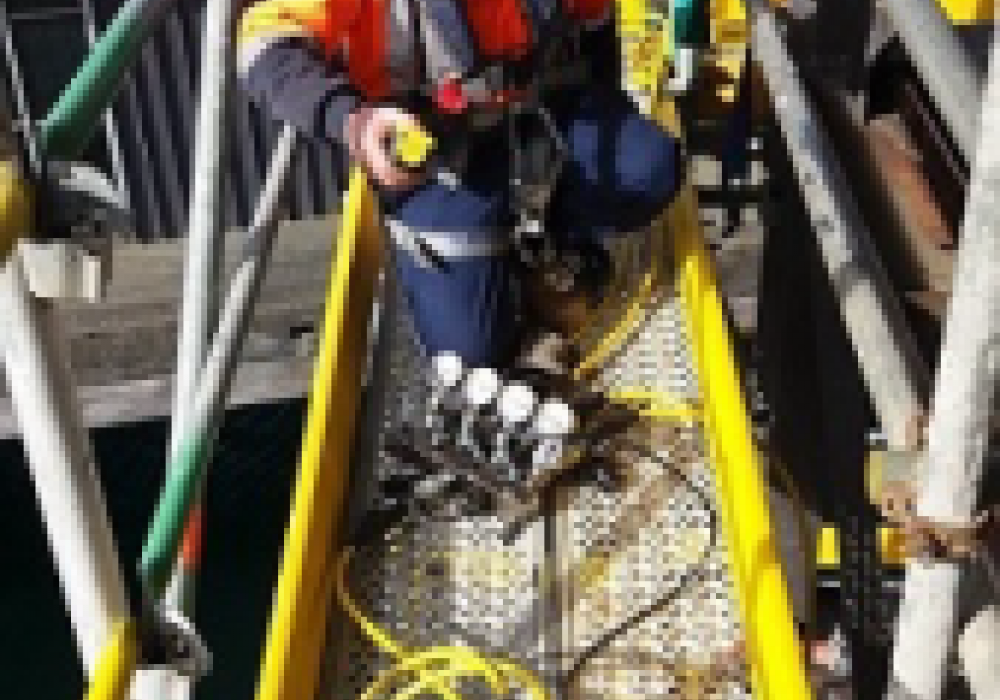 Keep up with our team on LinkedIn to check out our latest projects and more.